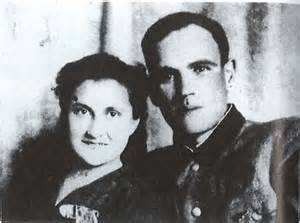 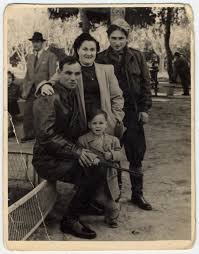 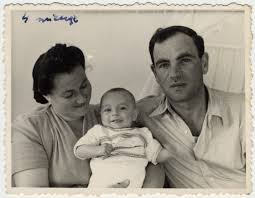 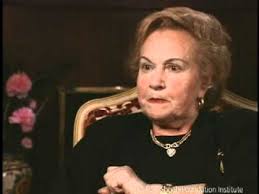 Sonia Boldo was born in Novogrudok, Poland in 1922. She came from a very wealthy family, attended the best schools, and even had aspirations of enrolling at a university in Paris. She was the middle child amongst four brothers. When the Germans invaded the town in December 1941, she was imprisoned in the Aktion ghetto until her father rescued her and hid her in potato cellar in a neighboring village. With the help of partisans from the Bielski Brigade, Sonia later escaped from Novogrudok and found refuge with the group in the forest.

Sonia joined the Bielski Brigade and became a partisan. It was in the forests of Belarus that she first laid eyes upon Zus Bielski – a  “tall, powerfully built man glistening with a brass filled bandolier. He was shining”, she recalled when speaking about their meeting. They were immediately smitten with one another, but before any romance happened, she gave Zus, the legendary resistance leader, an ultimatum. Sonia demanded that Zus rescue her parents from the Novogrudok ghetto and only afterward would she agree to be with him. Zus kept his bargain and within four days, Sonia’s parents were delivered to the relative safety of the Bielski encampment. Sonia and Zus were later married in the forest.

After the war, Zus and Sonia initially moved to Israel where they had three sons, Yakov (Jay), David and Zvi. In 1956 they immigrated to the United States, settling in New York. Zus and Sonia had six grandchildren, two of whom served in the Israeli Defense Forces, as did their son Zvi (z”l). Yakov also volunteered with the IDF during the Yom Kippur War.

Throughout her life, Sonia was a force to be reckoned with. In fact, learning about her death in 2015, Peter Duffy, author of the book The Bielski Brothers recalled, “She once told me that she would kill me – as in actually murder me – if I didn’t tell the Bielski story right. I consider it the best review ever that I’m still breathing. She was something!”

Born May 22, 1922, in Novogrudok, Belarus to Aaron Isser and Chaika, Irving (Itzchak) Resnik was one of five children;...