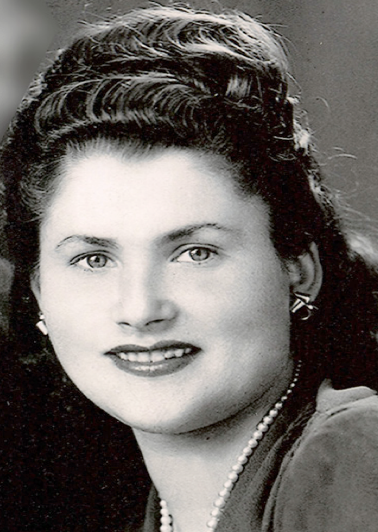 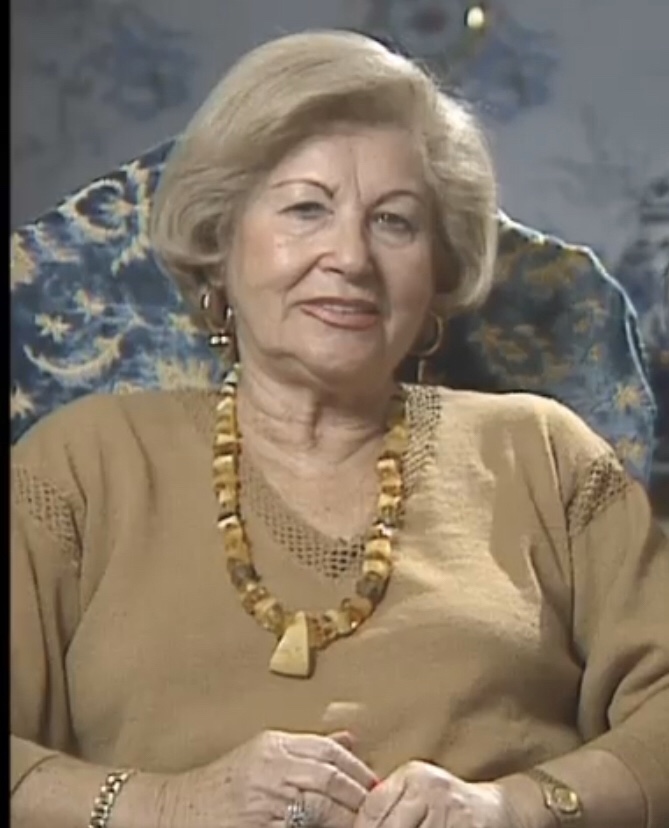 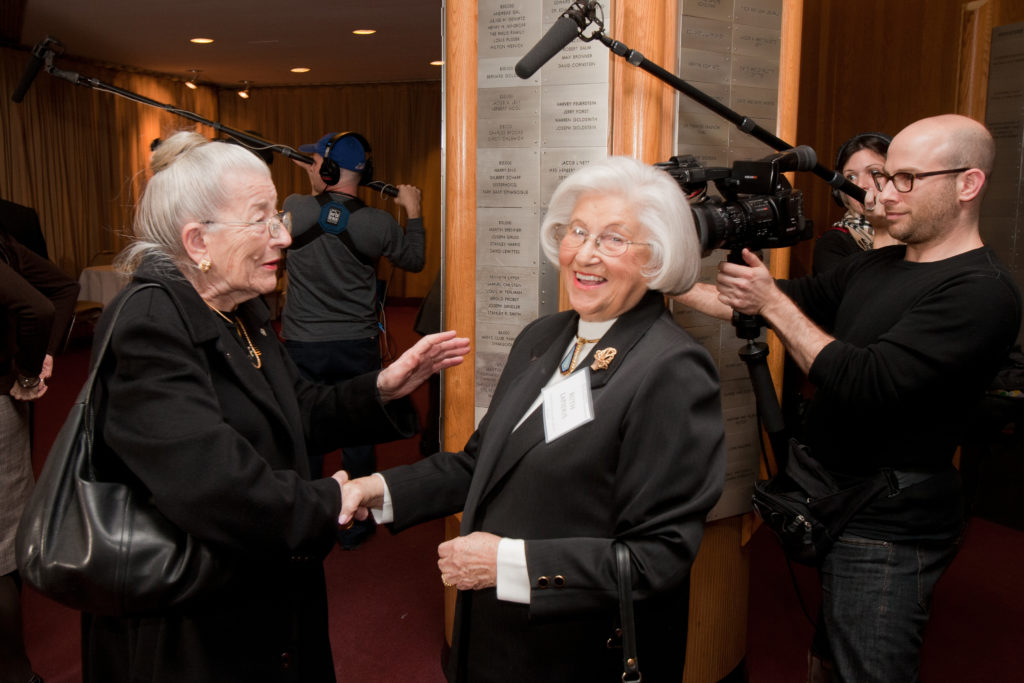 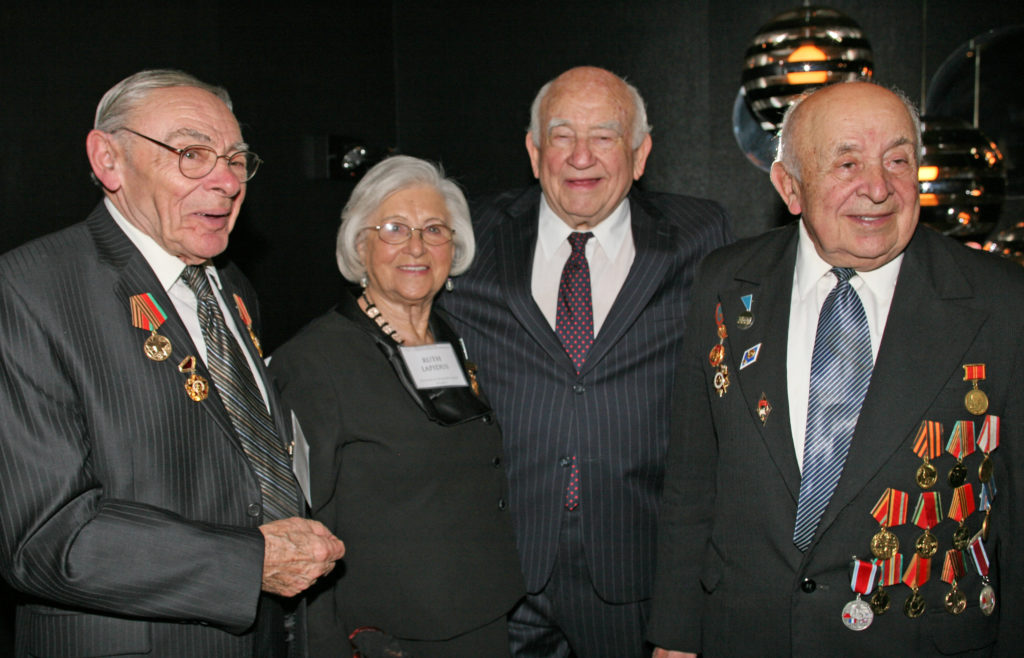 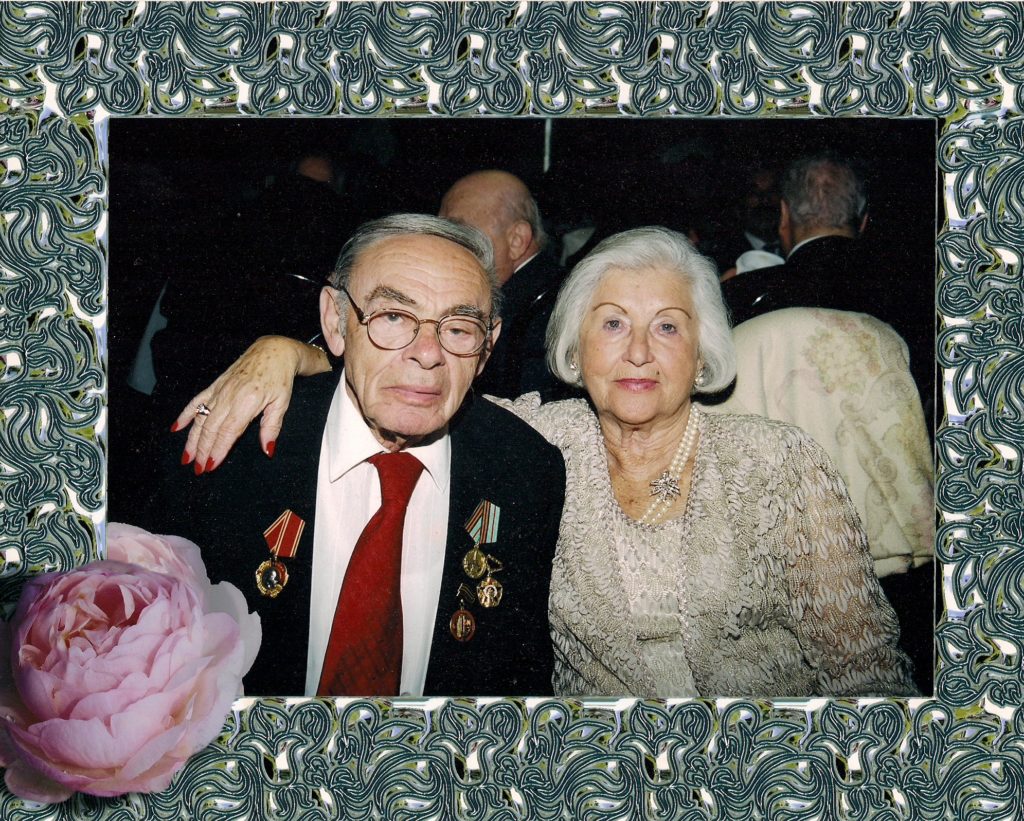 Ruth Lapidus, maiden name Novoprudsky, born on October 18, 1925, was one of the Jews who survived the Holocaust by fleeing into the woods and learning the true meaning of the word “survivor”. Ruth grew up in the industrial city of Lida, known for its two large breweries and rubber and iron factories. Her father died when she was three years old and her mother, a strong woman, provided for the children by opening a bakery and later by becoming a caterer. She worked hard so that her family would never have to live on welfare.

Before the war, Ruth had many happy memories of holidays with her family, attending public school, and partaking in Jewish organizations, as part of the Lida society. During holiday times, she looked forward to getting gifts, such as a new pair of shoes, and embraced her Jewish heritage. She would go to Temple with her mother, brother and three sisters. There was a feeling of belonging and community.

This all changed when the war began in 1938. At the beginning of the war, there were what Ruth called “disturbances” between the Poles and the Jews. The violence began to grow and on her brother’s wedding night, a group of Polish officers got drunk, and knocked out the windows at the venue where the ceremony was taking place. For Ruth, this marked the beginning of the nightmare to come. Overnight it seemed like many families vanished; either put in jail or displaced. Some were sent to Siberia. They were the lucky ones. Food and supplies became sparse, for items such as sugar, Ruth would have to wait on line beginning the previous night. Jewish organizations dissolved immediately. In one night, the city of Lida was bombed, and Ruth’s house, was one of the few homes left standing. It is not known how many were killed that night, but many of those who survived came to stay at her home. A week later, the Germans arrived and Jews were made to wear stars on their arms and forced into ghettos. One particular night, a German officer came into the house and for no reason and hit Ruth’s mother in the head. Unable to save her, Ruth watched as her mother died from a brain hemorrhage.

On May 8th, 1942, Gestapo officers dragged all the Jews from their homes in the middle of the night. Most were barefoot, barely dressed, and standing in the freezing cold. Ruth, with her family, including her sister, brother-in-law, and two babies, were forced outside and into lines. It was at that moment that Ruth saw the former principal from her school. Once a strong man, he had become frail and was standing undressed and barefoot in the freezing rain. Her brother-in-law was one of the few that had left the house with both shoes and goulashes. Knowing that any sudden movement could result in death, Ruth ran out of the line, kneeled down, and put the goulashes on her principal’s feet. Observing that people in her line were being beaten, she decided to sneak into another line. Later on, she learned everyone in the line she was originally in had been killed in a mass execution, including her eldest sister, brother-in-law, and their children. Thousands were murdered- shot down into mass graves.

As the sun began to rise the next morning, the Jews that were left alive were all forced back into the ghetto. When she returned, Ruth discovered the only item remaining in the room where they were staying was a pair of her niece’s baby shoes. Barbed wire was put around the ghetto and everyone was put to work. They were made to shovel the snow-covered roads naked and barefoot. People were shot indiscriminately. This is how life was for a while. Ruth heard that people were escaping into the woods and rumors of partisans. When she learned that it was real, there was hope – a dream of freedom. One day, a man asked her if she wanted to escape into the woods. They formed a group of 12, 8 men and 4 women, and escaped. Her life in the woods began.

The first group Ruth joined was called Lipashanka. As a beautiful young teenage girl, she was faced with the difficulties of being a single woman in the woods. The man, who helped Ruth escape the ghetto, expected her to be his woman. He offered her the protection she desperately needed. Nazis would come into the woods, capture and kill partisans so the partisans created their own patrol to keep a lookout for the always present danger surrounding them. The group stayed in full dress at all times for escape might be required at any moment.

There were many life-saving miracles that Ruth recalled. While hiding under a bush they were being surrounded by German soldiers, one of the men was close enough that Ruth could see the color of his socks. They all thought this was the end. At that very moment, a bird flew out of the bush, into the commander’s face and it startled him. He then began to admire the beautiful bird as it flew away. The distracted group of soldiers moved on without incident.

The Lipashanka heard about a man named Tuvia Bielski and the family brigade he created in the wood They decided to undertake the difficult journey to find the Bielski brigade. The man Ruth had with her did not take the journey and she was again unprotected. Without a weapon or a man, she became victim to the harassment that new arrivals were often subjected to. One such instance occurred shortly after arriving in the Bielski group. Starving, she waited for everyone to take their turn getting a bowl of soup. When it was Ruth’s turn on the line, the woman distributing the soup told Ruth she was not part of this group. The woman filled her bowl and proceeded to dump it on the ground. Ruth would later reflect that if Tuvia would have seen such behavior the woman would have been reprimanded immediately.

Ruth worked hard to contribute any way she could to be accepted. A splintered group of new arrivals formed and they left to begin a new community. She was given the position to prepare and cook food. Unfortunately, there she reunited with the man who had originally taken her out of the ghetto and it was made clear what was to be expected of her. Ruth quickly made a brave decision to venture out on her own. Miraculously, she found two other women that she knew from home. They would become lifelong friends. The women managed to link up with another very small group which included a husband, wife and their two children. They built a large bunker and took care of each other. This was a very hard time for them. Freezing and underdressed, Ruth contracted a fever and frostbite. She would have certainly died had her friends not bravely ventured to town for help. They found a Russian farmer to take care of her. The farmer’s family kept her fed and warm and she said she began to feel human again under their care. She stayed there for several weeks and during this time, she met an educated and kind Jewish man from the Partisans and they fell in love. He would come to see her while she was recovering and they made plans to be married. Shortly after, Ruth learned that her first love had been drafted into the army and was killed. Although she was devastated by this loss, she persevered. Her group had to constantly battle starvation and many near escapes from the Germans. Ruth later reflected that she couldn’t understand the miracle of her own survival. She struggled a lifetime with the thought- why her? Why did she live, while so many others died?

One day, while under the bunker, they heard people screaming and planes flying overhead. They spent days underground, afraid to come out. When they finally ventured out, they discovered that the noise they feared, was actually the sound of the people celebrating the end of the war. The Russians had liberated them. One of the soldiers approached and asked if they were Jewish. Upon hearing their confirmation that they were indeed Jewish, the man broke down crying. The Russian man shared that he too was Jewish and that he been driving for many miles and had not encountered a single Jew. The man thought they had all been annihilated. The reality of the magnitude of the loss was told to them. Ruth, in shock, decided to return to Lida to see if any members of her family had survived. She found her sole surviving family member- her sister Luba.

Shortly after the liberation, Ruth met her future husband, Solomon Lapidus, and on December 31, 1945, they were married. Solomon was a respected war hero; a Partisan who would later receive the Order of Lenin for the many German trains he had bombed, and for the countless lives he saved. While leaving Russia, they were separated in the throng of people and when all seemed lost again, they found each other while climbing the same hill but from different sides. When they reached the pinnacle, they could not believe they were looking into each other’s eyes. It was another miracle to be remembered.

They continued their struggle to emigrate to America. While living in a Displaced Persons camp, Ruth gave birth to her first child, Isaac. Isaac developed pneumonia but the deplorable conditions of the camp made it impossible for him to receive necessary medical treatment. He died days later.

It was not until 1949 that Sol and Ruth finally made it to America. On their journey, they spent a short time in Austria and where their son Jack was born. Upon arriving in the United States, they struggled to establish themselves in a new country. Solomon learned a trade and became a builder. Their daughter Beverly was born a United States citizen.

After reuniting with other survivors from Lida, they began a memorial organization to honor and remember the 5,670 lives that were lost during the May 8, 1942 liquidation of the Lida ghetto, and to celebrate all those who survived. The group was called the Lida Memorial Society. A meeting is held annually by the second and third-generation survivors. Now called the Holocaust Memorial Foundation, it has become a 501c3 nonprofit. Ruth’s son Jack helps to organize the meetings and his daughter, Amanda, later became President of the foundation. They both serve on the board.

Ruth and Solomon were very proud of their children, Jack and his wife Barbara, and Beverly and her husband Allen. They became a Bubbie and Zaydie to their three grandchildren, Danielle, Amanda, and Samara. Danielle has a beautiful son Blake who will one day know his family’s story.

After the war, Ruth went twice to testify at the Nazi War trials. She provided crucial eyewitness testimony against the German who had killed her mother. It was always difficult for her to talk about her life before coming to America, but she continued to work hard at making sure to keep the Lida organization alive so that the world never forgets. Ruth, a beloved wife, mother, Bubbie, and survivor, lived a full life and died on May 07, 2013, at age 88. 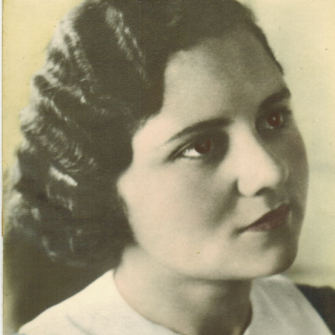 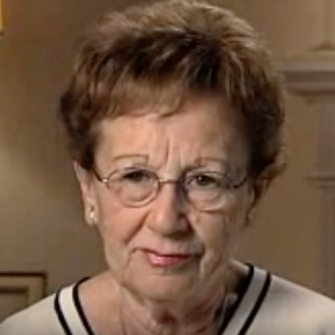 A Polish Jew born in what is now White Russia, Mira Shelub joined a partisan group that operated in the...