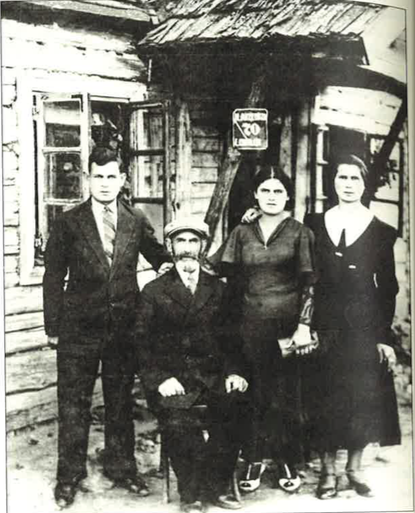 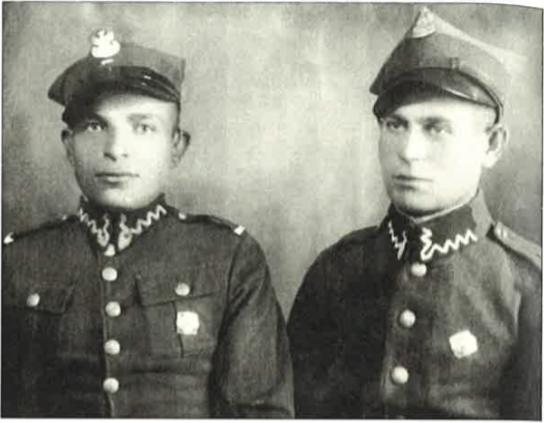 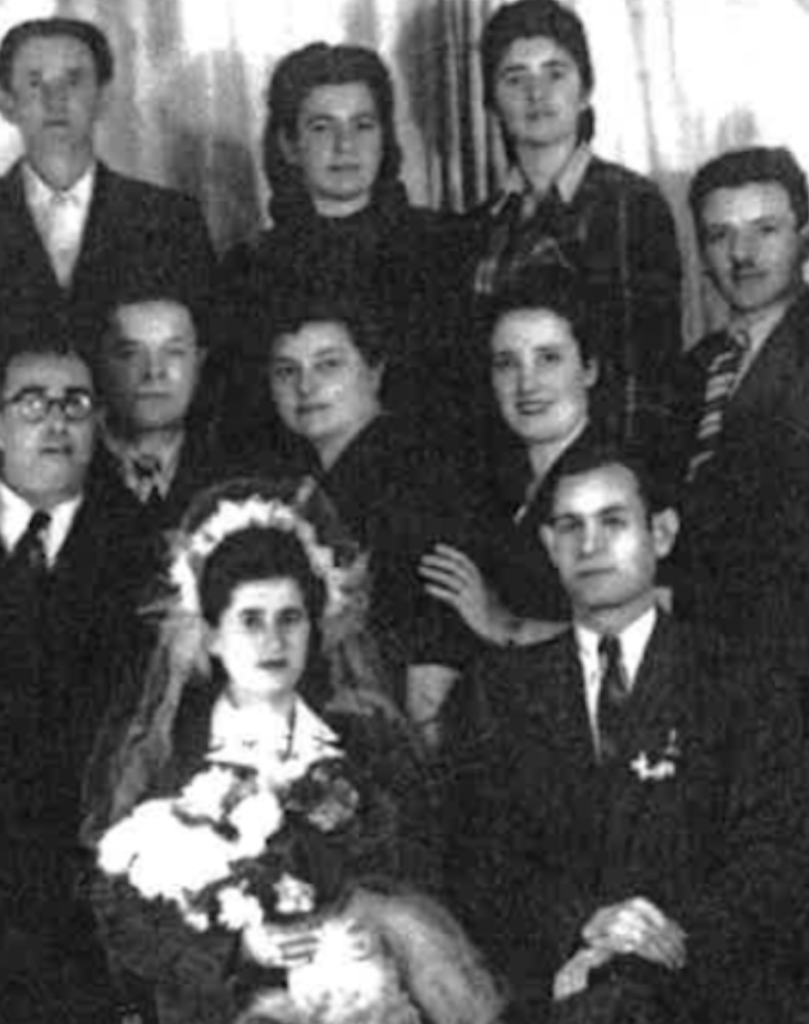 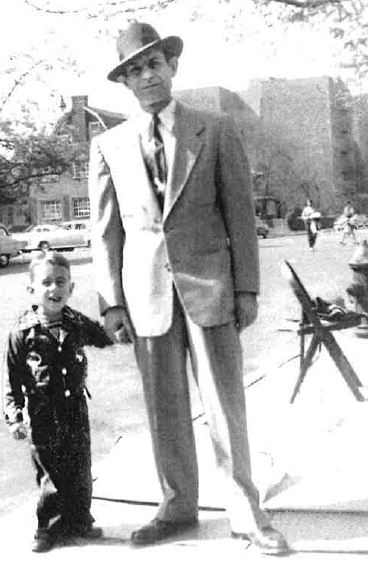 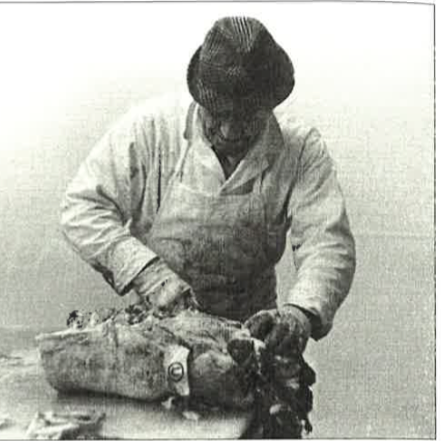 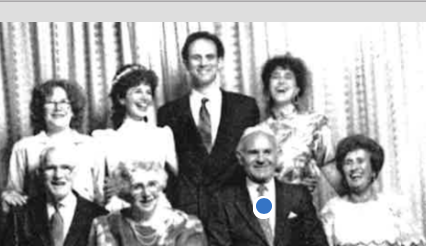 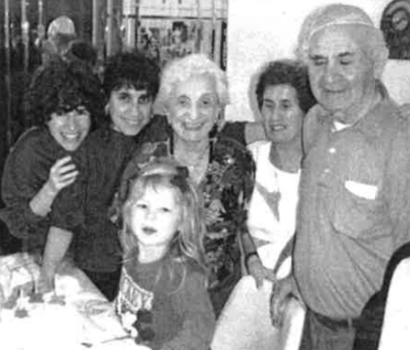 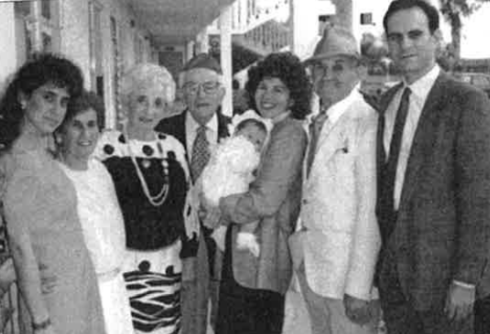 Philip Kinn was born Feivel Kinkulkin in the town of Ivie in northeastern Poland on May 14, 1914 to Efraim Kinkulkin and Sarah Boyarsky Kinkulkin. The family made their living in horse-trading, blacksmithing, and by farming their small plot of land. Efraim was very well respected in Ivie because of his honesty and his ability to read Torah. The rest of the family included Chaim, the eldest sibling, who immigrated to Palestine in the 1920s; sisters, Fruma, who immigrated to Palestine in 1938; Risha; and Zelda. His mother Sarah died of natural causes sometime in the early 1930s.

In July 1941, the Nazis began their invasion of the Soviet Union and occupied Ivie forcing the town’s Jews into the German created ghetto. Philip took action and found ways to leave and re-enter the ghetto in order to smuggle in black-market food and other necessities for his family. He also managed to buy a rifle, which he hid under the ceiling of a ghetto outhouse.

In late 1942, Philip escaped from the ghetto and was living in a friendly gentile village outside of Ivie, where his family was well-regarded because of its prior business dealings with the residents. It was here that he learned that the Ivie ghetto was to be liquidated on January 1, 1943. Philip snuck back into the ghetto to free his father and two sisters, but his father refused to go, stating that he was too old and weak. His sisters decided to remain behind with him.

Philip was torn, as he considered remaining behind with them, facing certain slaughter. But on the day of the liquidation, he found his will to live. Spying the daily line-up of Jewish tanners outside his home, Philip bolted for the line and melded in. The tanners were safe for the time being as the Germans were keeping them alive due to their need for leather. His escape was short-lived when, as the tanners were marched to the tannery, a Polish farmer with whom Philip had had a dispute, pointed him out to an S.S. guard and he was arrested. While being marched to the jail, Philip jumped out of the line, ran through a store, and miraculously escaped. He ran until he reached a grain silo where he hid until nightfall and then sought shelter in the woods.

In the forest, Philip located a Soviet resistance group. When he presented himself, they shot at his head. With the rifle he had stored in the ghetto outhouse in hand, he shot back immediately, proving himself and gaining admission to the group. “You could not show them you were afraid,” Philip recalled in later years. Philip quickly became a skilled demolitions expert in the Soviet underground, blowing up German trains, railroad tracks, and trestles. During his time he witnessed murderous antisemitism among his Soviet comrades.

By the summer of 1944, the Soviet army had driven the Nazi Wehrmacht out of the area of Belarus and the Russians were allowing native Poles to return to Poland. They were also conscripting the Jewish partisans who had fought with them into the Soviet Red Army. Philip did not want to be drafted and convinced a Jewish friend of his who was working in a local conscription office to erase his name from the list. She also was able to secure transit papers for Philip to travel to the free city of Lodz, Poland.

Arriving in Lodz, Philip contacted Berihah, a Jewish underground organization arranging transportation for stateless Jews to travel to Palestine. Philip traveled by foot and train and had to climb trails over the Alps. Along this journey, he met his future wife, Sonia Rotapel. They arrived in Rome, Italy in 1945 and remained in Displaced Person’s Camps for two years. They were married on February 8, 1947, in the splendid Great Synagogue of Rome. In 1947, Sonia made contact with her older sister Sylvia, who had immigrated to Brooklyn, N.Y. in 1938. Months later, in December 1947, Philip and Sonia set sail for the United States on the S.S. Marine Perch.

Philip became a successful kosher butcher and together, he and Sonia raised two children, Mark and Gail. They were married for 51 years and were grandparents to Sarah Kinn. Philip passed away in September 2000. 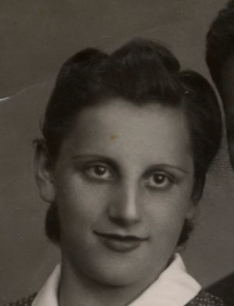 Lilka Ticktin was born in Bialystock, Poland, on January 13, 1926. Before she was a year old, her family settled...