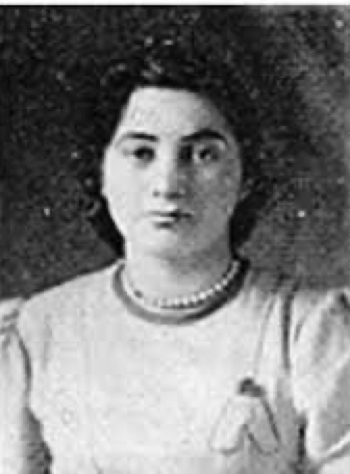 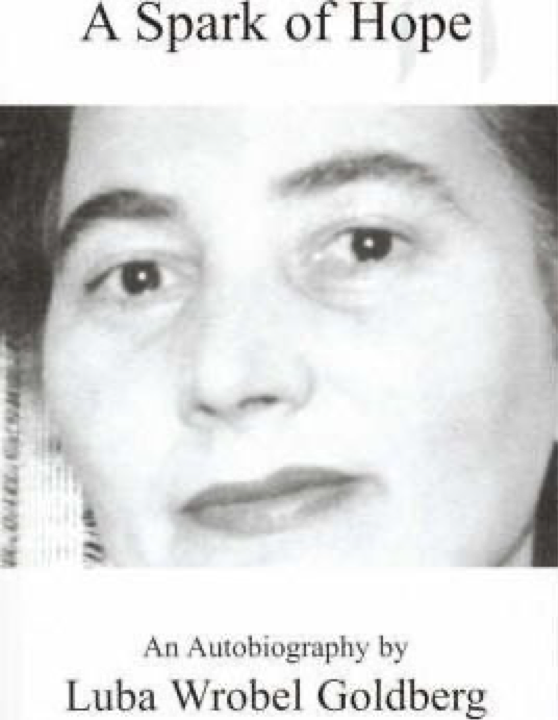 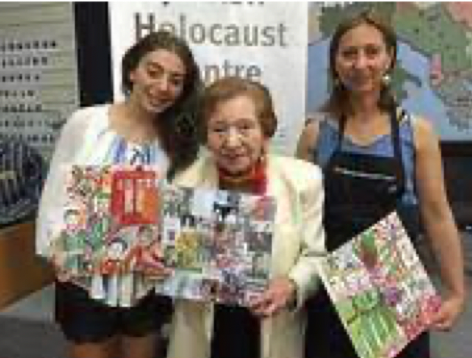 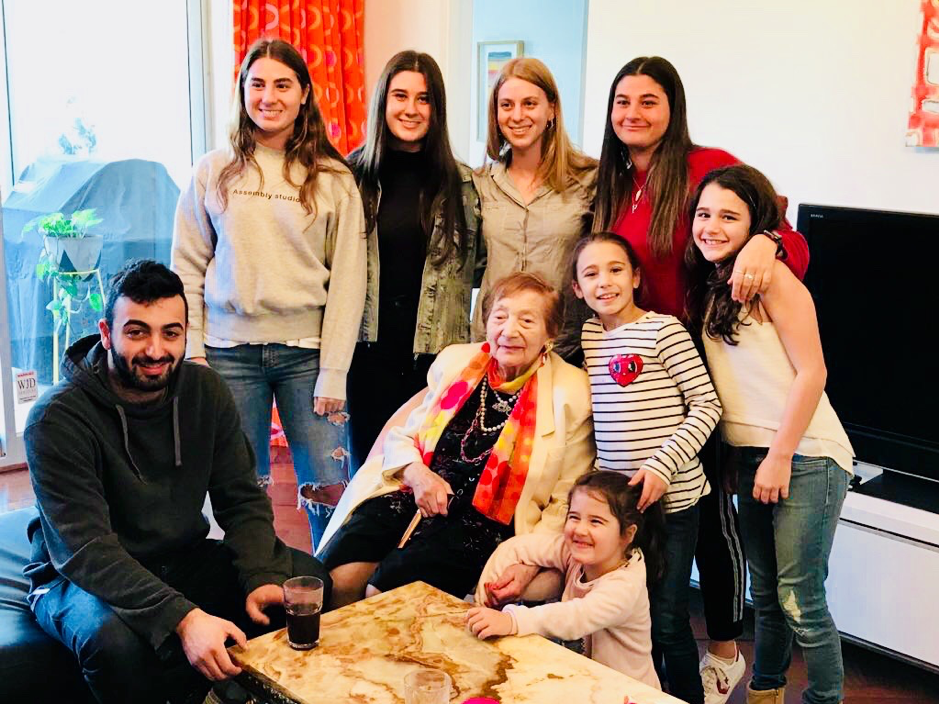 Luba Wrobel Goldberg was born on May 6, 1923, and raised in the shtetl of Ciechanowiec, Poland.

She attended the Zionist Tarbut school and spoke fluent Hebrew. However, Luba’s schooling was interrupted after her father’s death when she moved to Bialystok to study dressmaking. Little did Luba know at the time that this trade would later save her life more than once.

In 1939 Luba returned to Ciechanowiec. The family home was bombed during the Nazi invasion, and Luba was sent to relatives nearby Sokoly. She never saw her family again. In the Sokoly ghetto, Luba became a food smuggler. She narrowly avoided death one early morning outside the ghetto when an entourage of German soldiers appeared. Instead of running, Luba chose to approach and bid the soldiers greetings. The following day, Ghetto inhabitants were forced to witness the hanging of another smuggler.

Sensing imminent liquidation, Luba and some relatives escaped the Ghetto. To maximize chances of survival, Luba separated from the family group, wandering in the forests, starved, cold, and alone. Luba sometimes received help in exchange for sewing but was often turned away, escaping impending death on countless occasions. Luba recalled her mother’s voice, who appeared in her dreams guiding her.  This continued throughout the war.

Luba knew her only hope was to find the Russian partisans; when she did, she attributed it to heavenly help. She joined the Zhukov Otriad in the Bransk Forest. She slept in a bunker under a tree, became a trained fighter, and participated in several missions, including detonating telephone poles and live fire exchange with Armia Krajowa personnel and Nazi officers.

In the Bransk forest, a Jewish camp also operated, headed by Duvche Olenski, who, together with his brothers, fed and cared for over 70 Jews while providing food, arms, and medicine to the Russian command. Luba always wanted the story of the Olenskis to be told.

From the end of 1943, Luba chaperoned Luba Frank to protect her from rape. The ‘little  Luba’ bravely jumped from a train to Treblinka. She was found and brought to the forest by Duvche Olenski. The two Lubas became ‘sisters of the forest’ and participated in a daring mission together when the group detonated a bridge after walking without sleep for two days. Little Luba survived and later married Duvche Olenski.

Luba never saw herself as a victim. In the forest, there was fighting, danger, and death. But there was also singing, laughter, romance, and life. Luba was one of only two members of her Otriad, decorated for bravery.

In the Bransk Yizkor Book, an excerpt written about her reads,

A Tchekheavster young woman is hiding in the Bransk forest with the Bransk Partisans. At the attack on their trench on 8 December 1943 she shows how brave she is. Luba stands in the trench and is visible from the waist up. She is shooting. Whilst Vanye Zhabate shoots, she prepares more weapons for him. She hands them to him and shouts bravely “Shoot Vanye,” whilst using the automatic pistol herself and directing Vanya. She survived.

After the war ended, Luba first went to Bialystok, Poland. In Bialystok in 1945, she married Chaim Goldberg, a Holocaust survivor, but they fled because of persistent antisemitism. They were placed in a Displaced Persons Camp in Waldenburg, Germany, where their first daughter Goldie was born, and soon, a son, Jack, in Milan, Italy. (named for Luba’s parents). They emigrated from Italy to Melbourne, Australia, in 1949 aboard the Napoli.

Luba was eternally grateful for her new life in Melbourne and strongly believed in God. In Melbourne, Luba and Chaim worked 16 hours days in manual labor. They opened a ‘shmatte’ shop with their savings in Brunswick, a multicultural suburb. Luba’s shop became a haven where diverse women gathered to receive advice, blessings, and clothing free of charge if in need. Luba was passionate about educating about the dangers of hatred and racism. In her late sixties, she studied VCE English and later wrote two memoirs. The first, A Spark of Hope (2002), detailed her survival during the Holocaust. The second, Australia, My New Home (2004), explored Luba’s trials and tribulations as a new immigrant.

Most of Luba’s inner circle were Holocaust survivors, but Luba loved to meet people from all walks of life, young and old.  She would smile, advise, and stress the importance of optimism and faith.

After moving to aged care, new friendships were made, particularly with staff, many of whom came from refugee backgrounds. They were all given signed copies of her books until none were left.

Aged 90, Luba commenced an artistic career, painting hundreds of paintings depicting scenes from her life. She continued to paint until her eyesight ultimately failed her, only recently.

A rare soul who touched so many lives

Who continues to touch us

A fighter till the end

Luba Wrobel Goldberg passed away peacefully on 18 May 2022 at 99 years old.

This is an edited excerpt of a eulogy given at Luba’s funeral on 19 May 2022 by Fiona Kelmann and Sharon Roseman, two of Luba’s grandchildren.

Boris Greineman was born in Dizsna, located on the Dvina River, in the Vitebsk region, part of Greater Poland at... 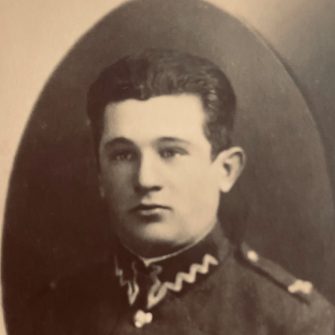 City of Residency at Outbreak of War: Ciechanowiec, Poland