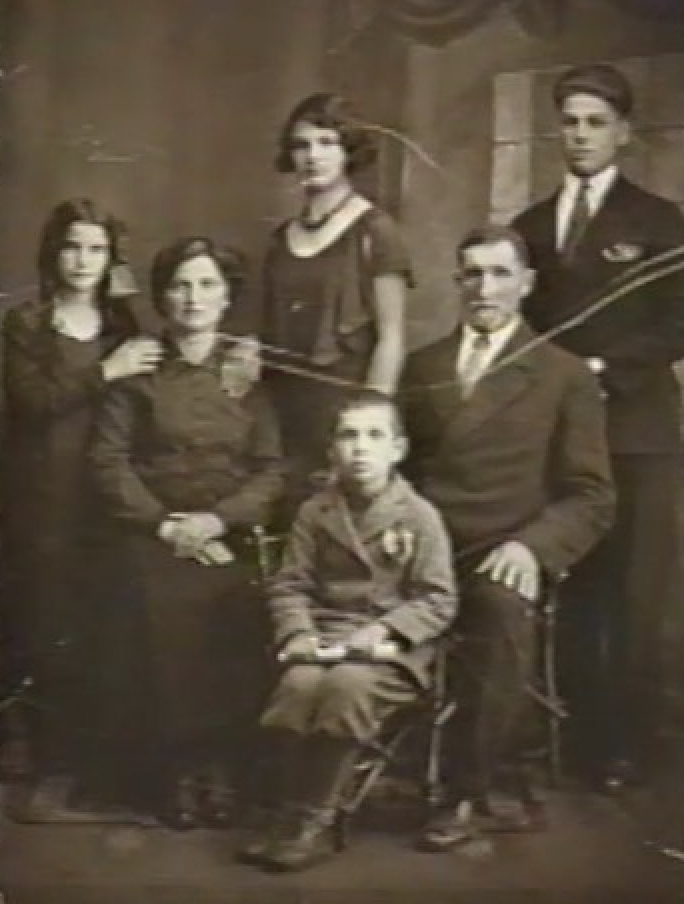 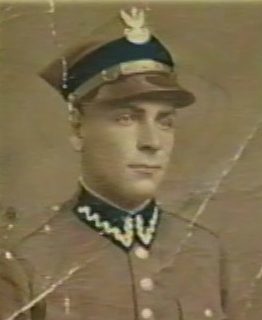 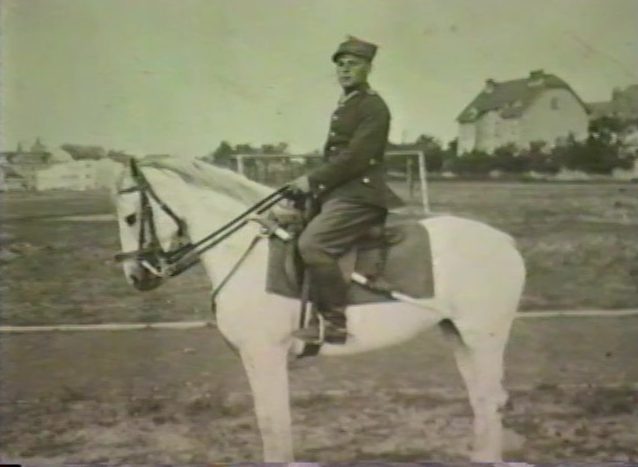 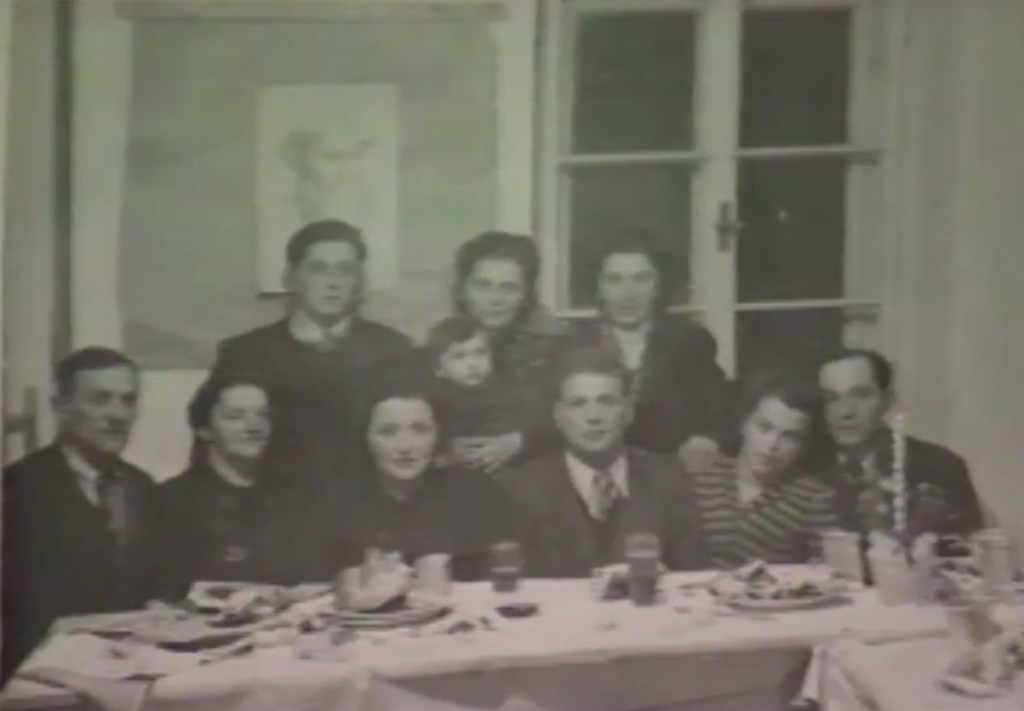 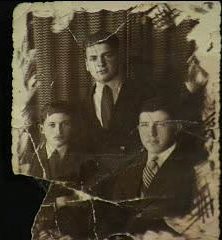 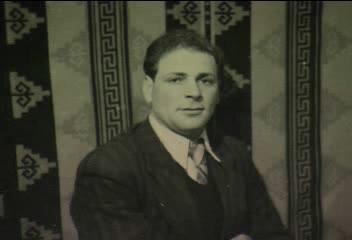 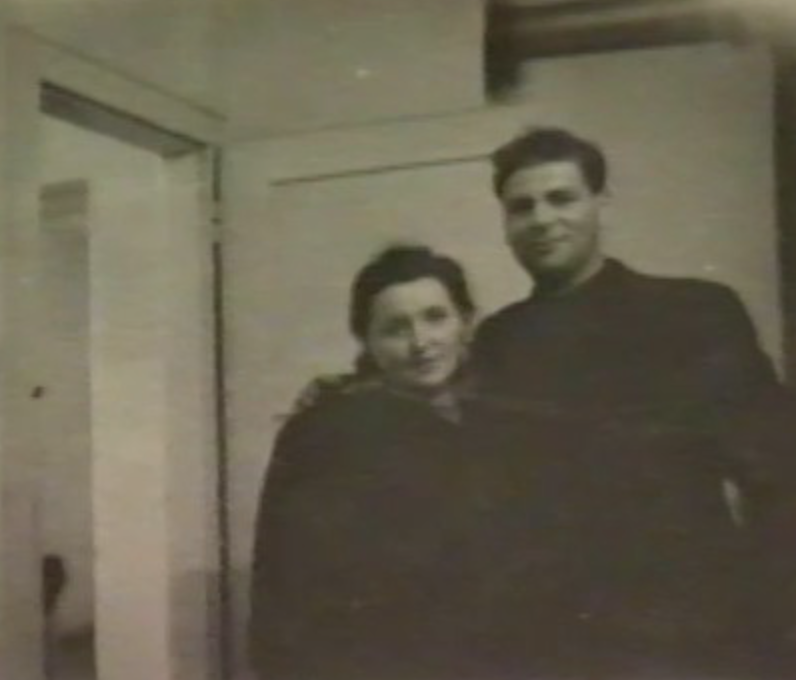 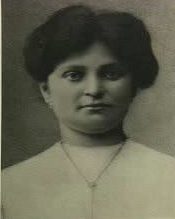 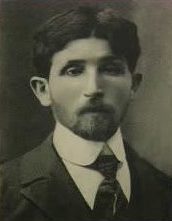 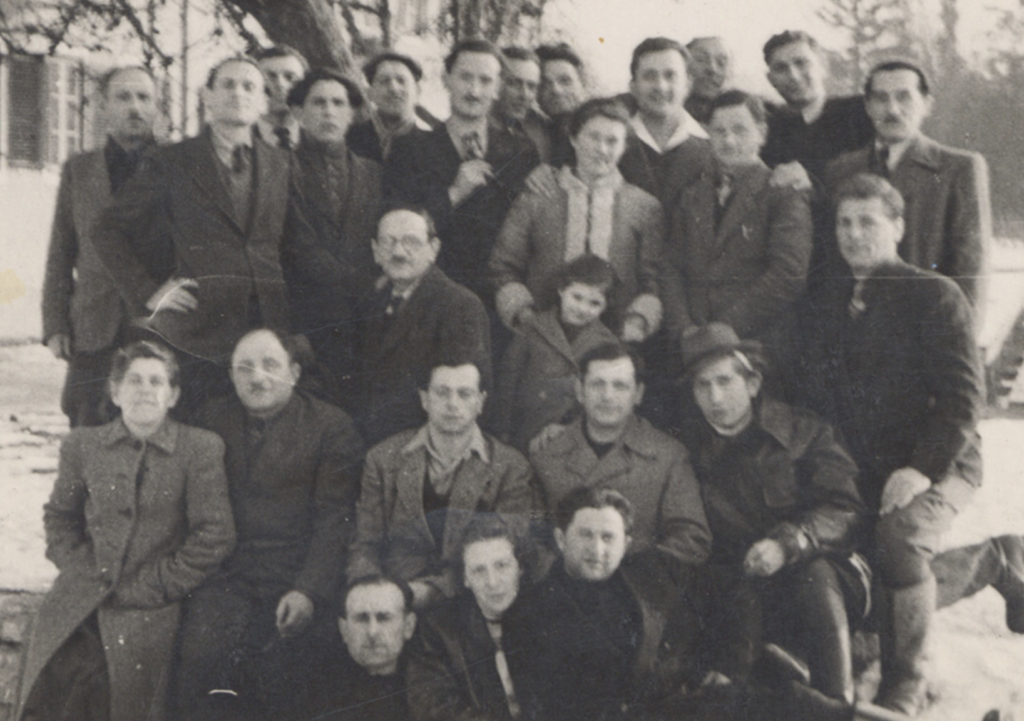 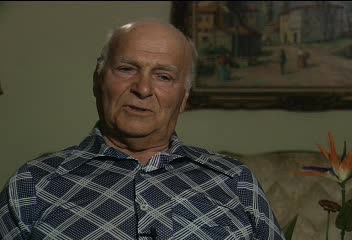 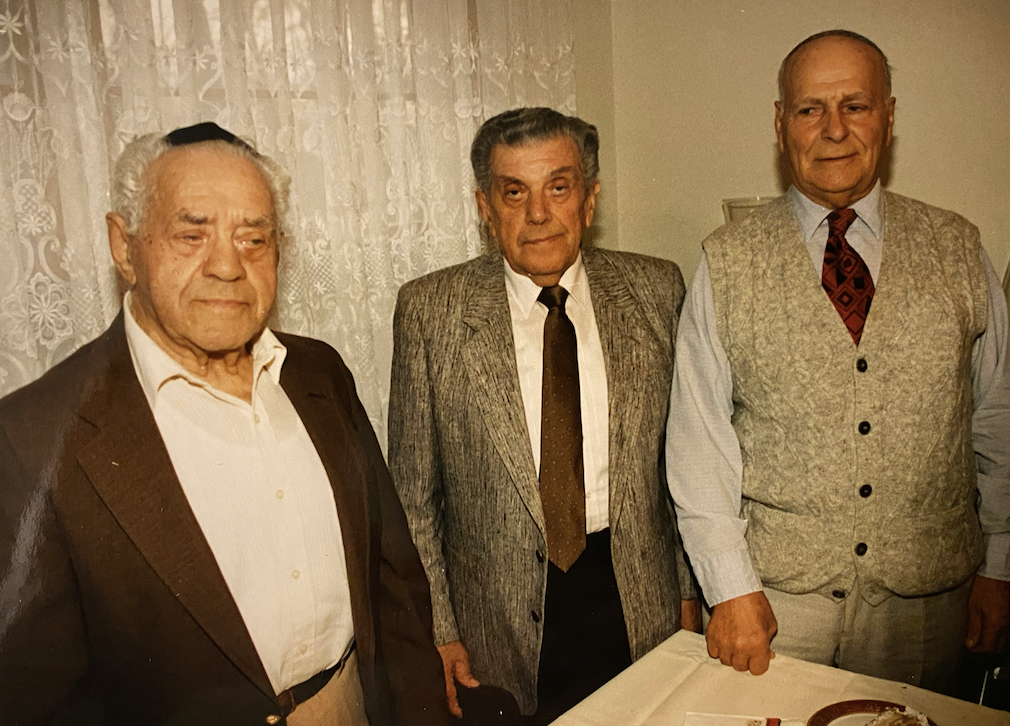 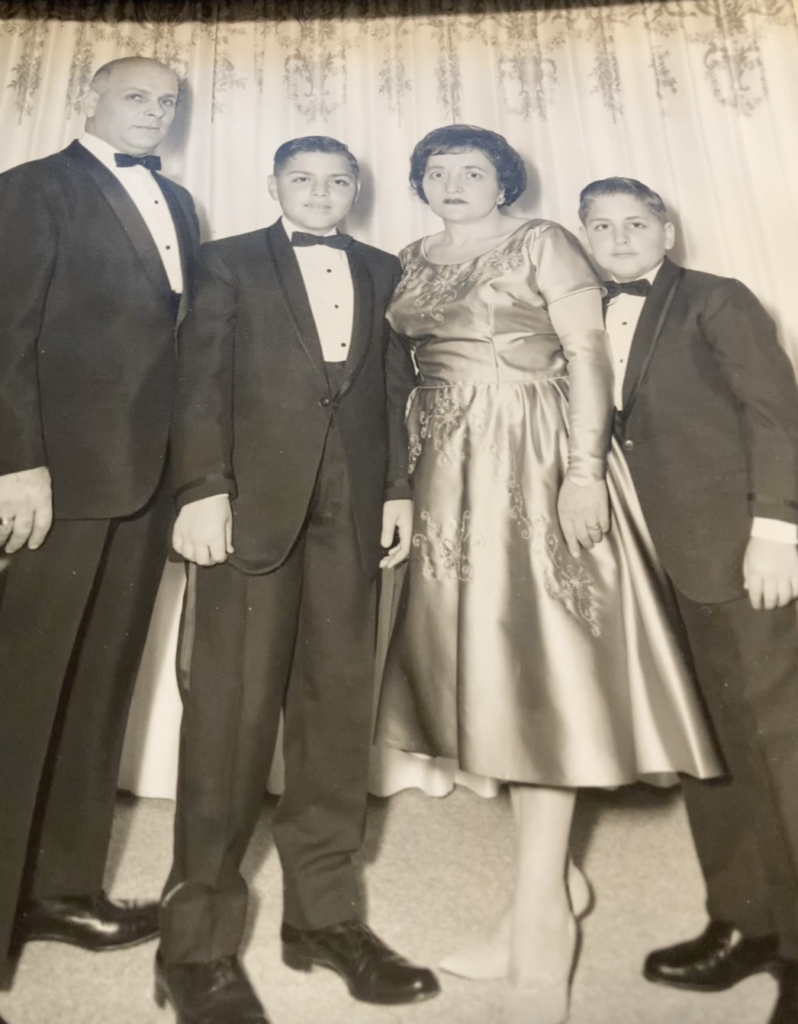 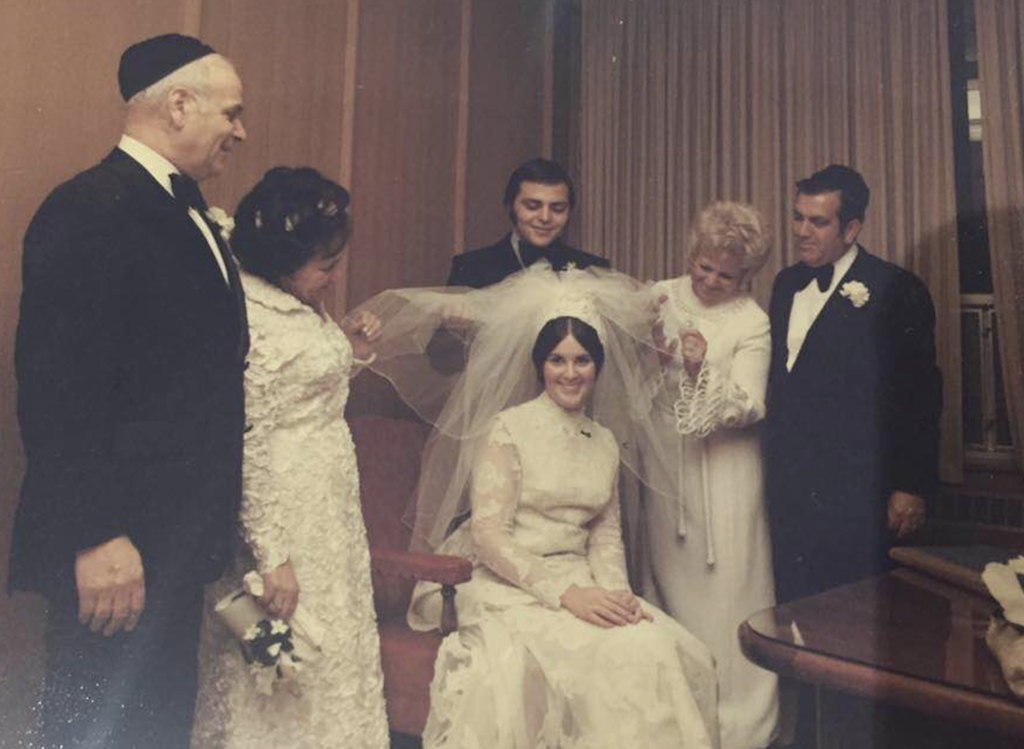 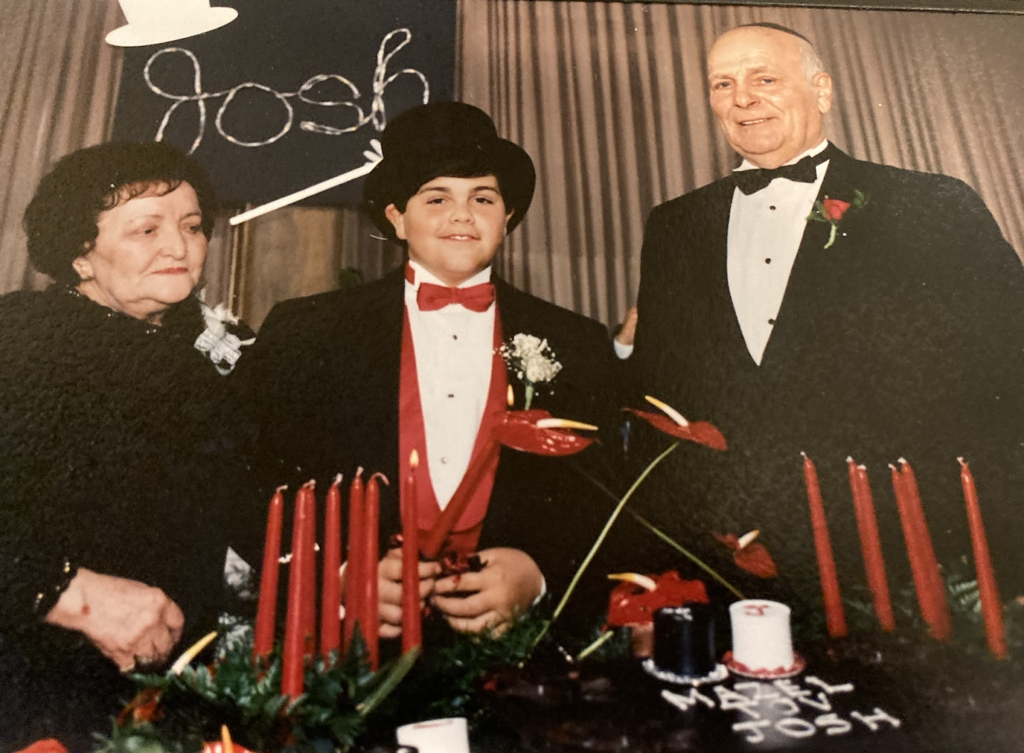 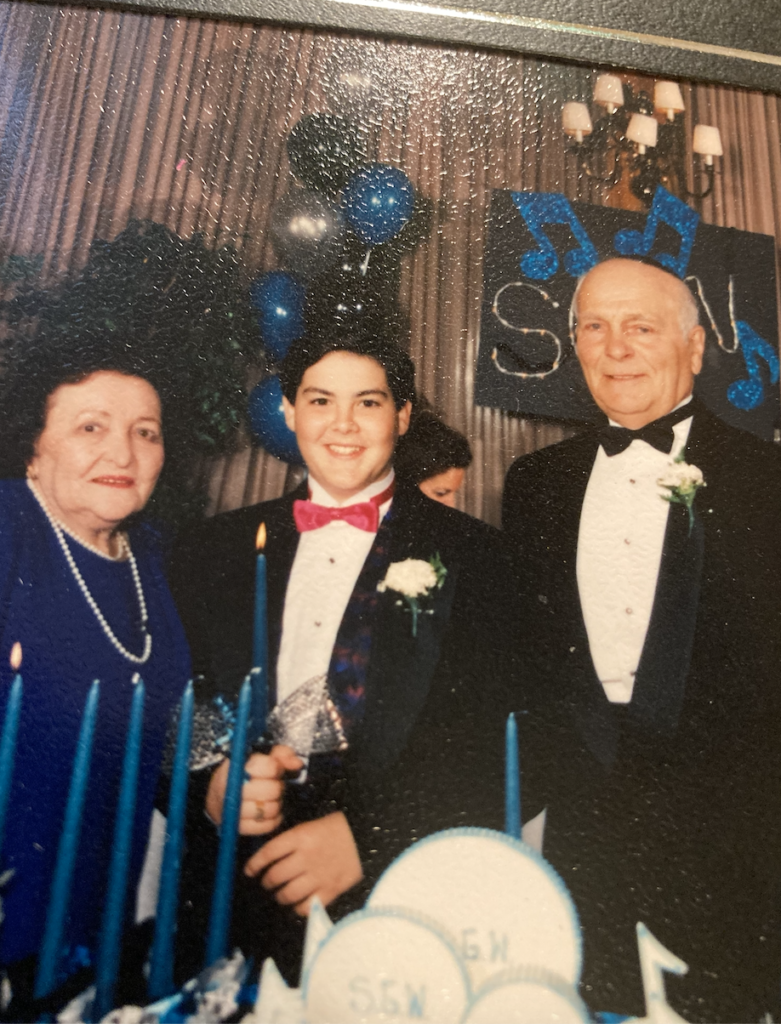 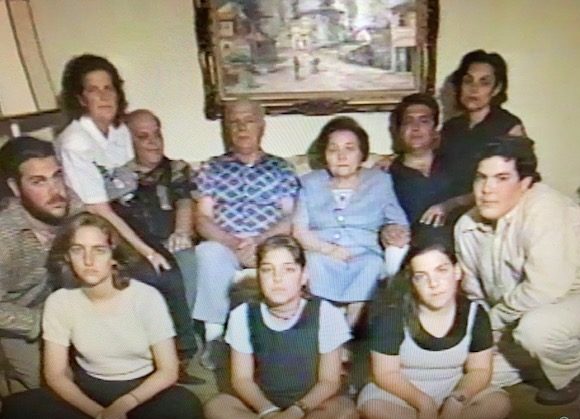 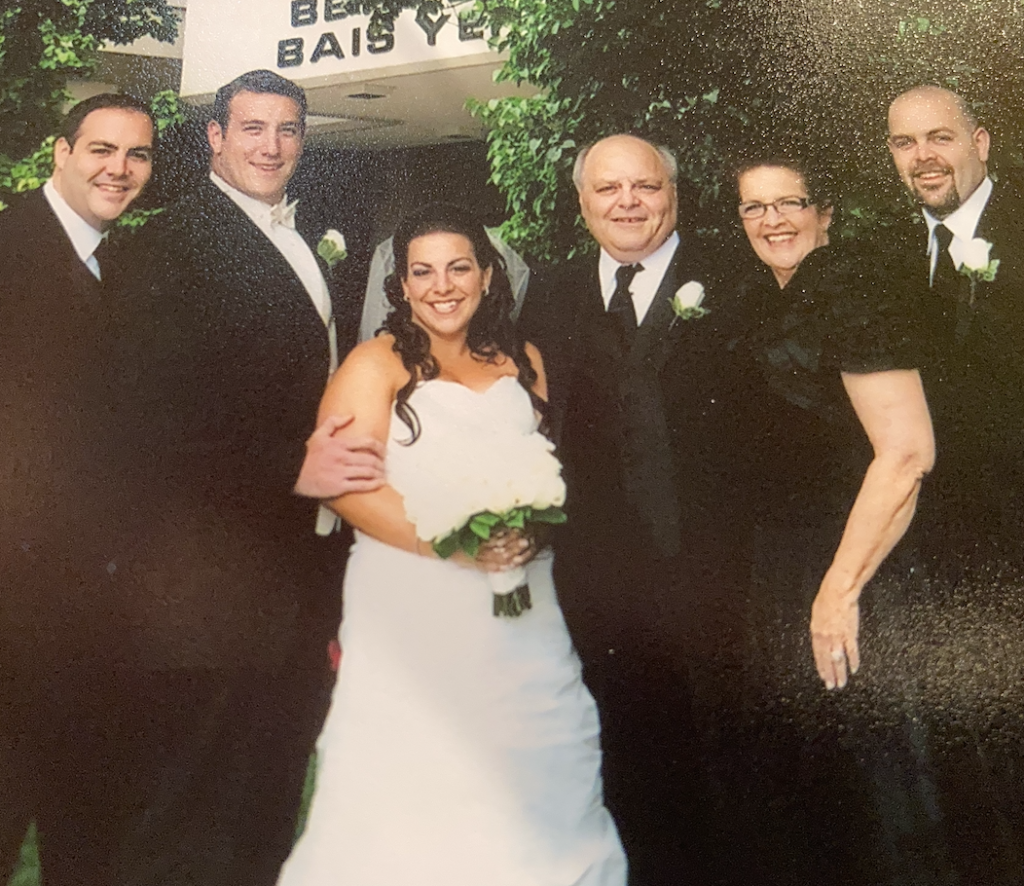 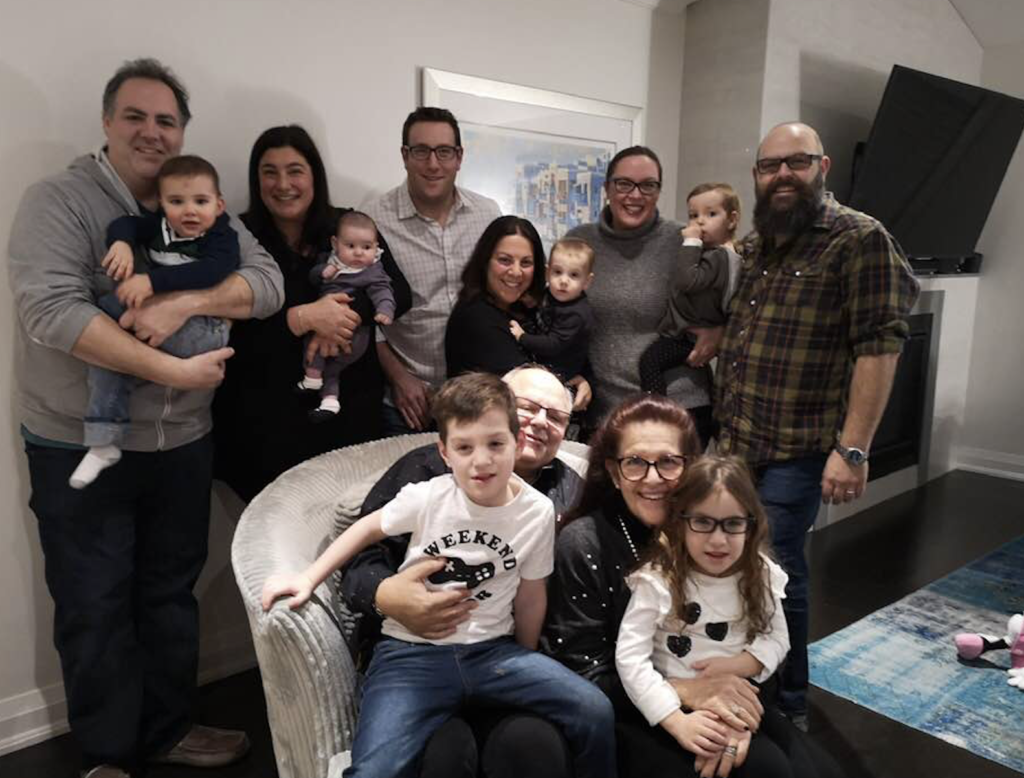 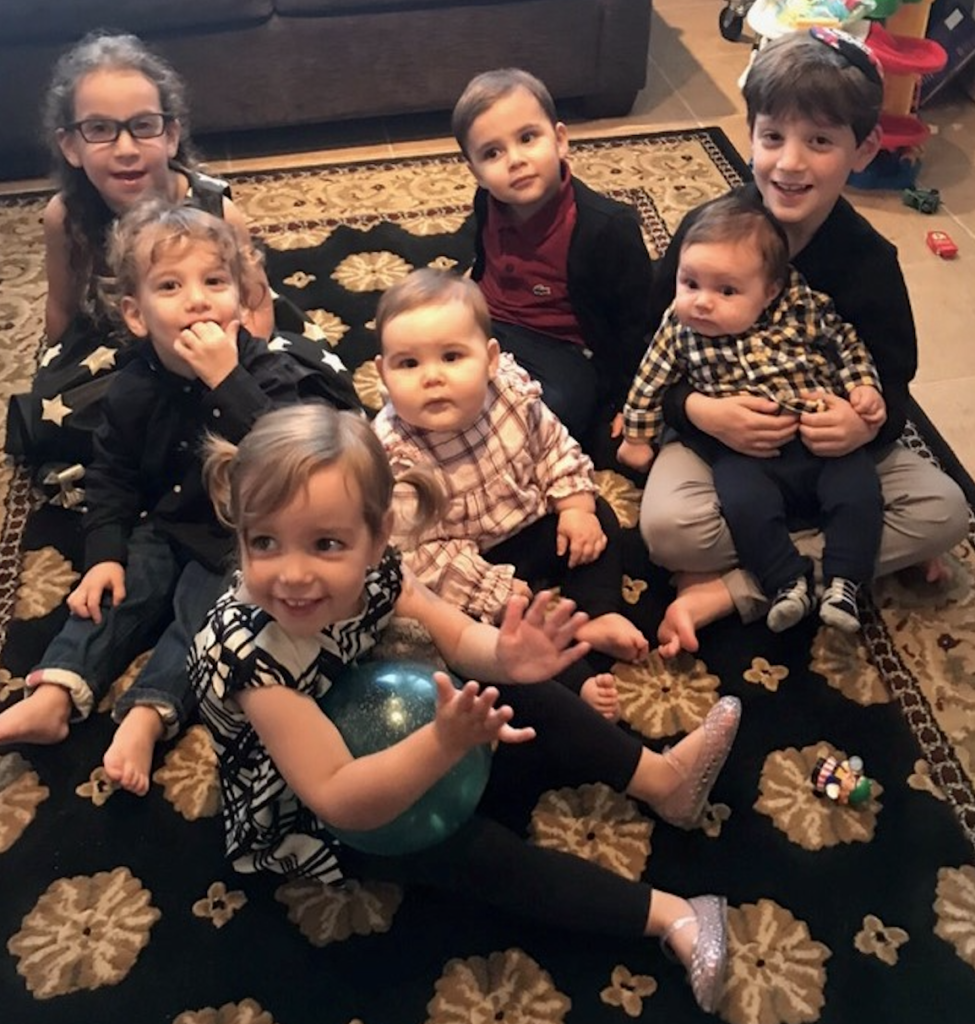 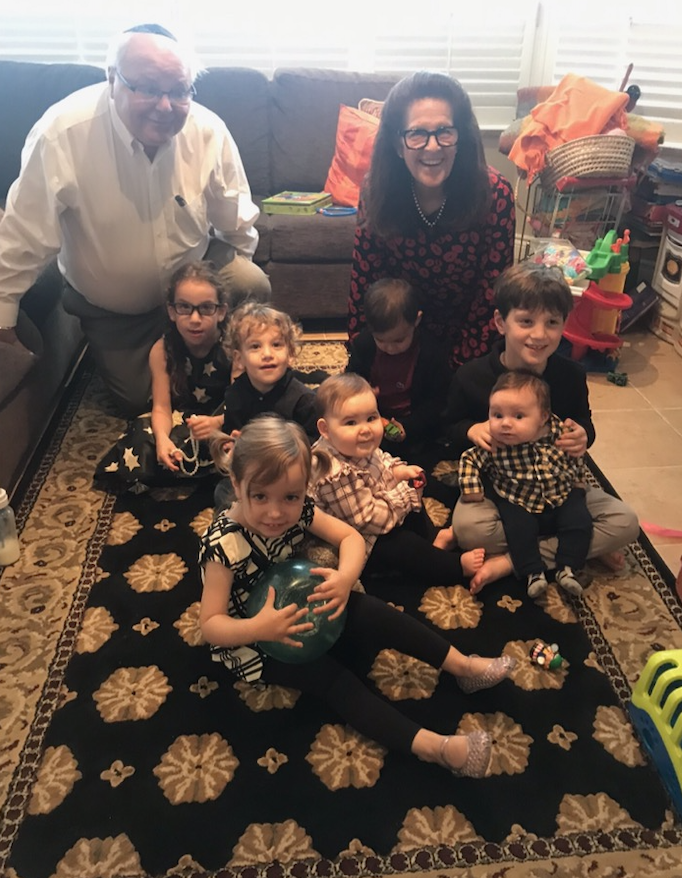 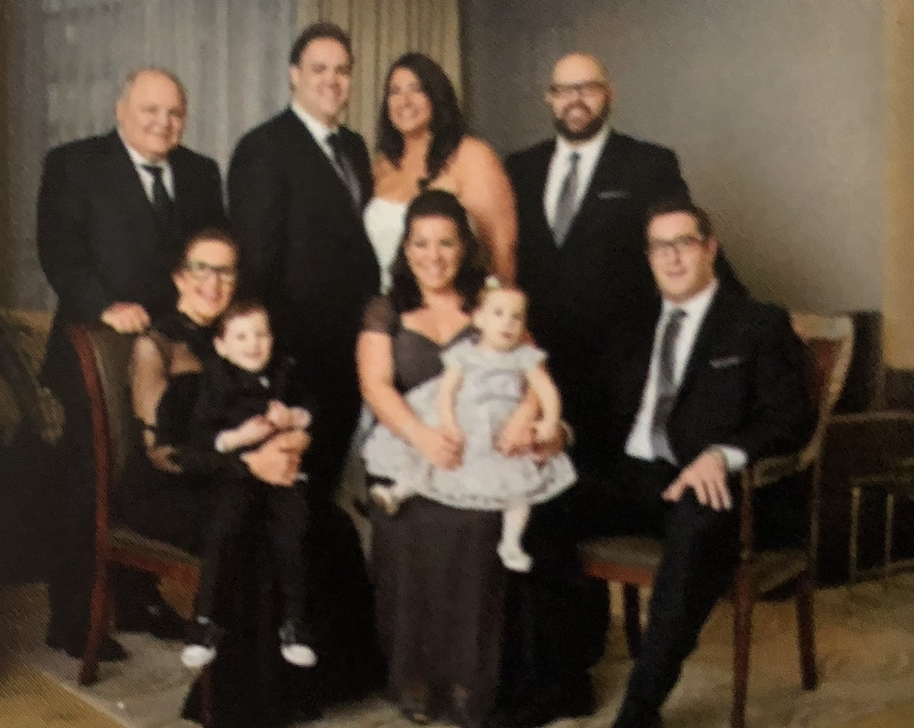 Chaim Wolfe (Schmuel Chaim Wolfowicz) was born on January 12, 1914, in Ravniki near Novogrudok, Poland. He lived with his parents, Eliezer Nachum and Merka, and five siblings: David, Sarah Esther, Chaya Simcha, Mayer, and Rivka. Life was peaceful in his village as Jews, and non-Jews lived side-by-side. However, this would soon change in the years leading up to the outbreak of World War II.

In 1937, Chaim was drafted into the Polish Army, where he witnessed antisemitism in its ranks. When Chaim returned home after eighteen months, he worked as a painter before being called-up for mobilization as the war began in September 1939. Chaim’s unit was captured by the Germans and sent to Stalag IA, a POW camp in the German Army District of Stablack.

In his unit, the Jewish and Polish soldiers were segregated within the camp, with two large barracks designated for Jews. As fall turned to winter, Chaim worked long hours in a German plywood factory. To alleviate his constant hunger, he ate frozen potatoes dug from the fields and sometimes managed to gather the German’s leftover scraps thrown outside, which he warmed in the barracks. After a year at Stalag I-A, Chaim was transferred to perform more forced labor at Stalag II-B in Hammerstein, Germany, in the district of Schlochau.

Chaim and his fellow Jewish prisoners were then put on trains headed for Biała Podlaska. Though it was not a closed ghetto, Biała Podlaska was overcrowded and under the German Army’s control. Chaim was sent to a nearby forced labor camp in Lublin, and, after enduring beatings and unbearable hunger, Chaim decided to run away in the spring of 1941. He was caught by the Gestapo and taken to the Judenrat’s employment office in Biała Podlaska, where he was conscripted to do more forced labor. Chaim spent long days unloading telephone poles from German trains, loading and unloading grain, and painting houses for German officers.

During this time, Chaim lived with the Poncheks, a Jewish family in Biała Podlaska. One night, Chaim again decided to escape and found his way to a Polish farming family named Staniszewski under cover of darkness. Chaim pretended to be a Pole while working on their land. Chaim made connections with the Russian POWs in a nearby camp as he worked in the fields. He became a spy, reporting German movement to the prisoners and warning them of German soldiers’ location and numbers in town.

One night, Chaim heard shooting outside and fell to the ground until it subsided. In the morning, there was a German soldier standing guard in the field. “What happened?” Chaim questioned in Polish. The German responded that a Jew was working in the field who was giving out information. Knowing that it was no longer safe, Chaim hid among the stacks of hay in the field until nightfall, then returned to Biała Podlaska.

When the Germans began to liquidate Biała Podlaska, Chaim went into hiding with the Poncheks in their attic for three days. With trepidation, they finally left their hiding place, and Chaim returned to work. There, he was arrested by the Gestapo. He was forced to dig graves, clean outhouses, and put household items on trains bound for Germany. In the spring of 1944, Chaim was sent to Majdanek Concentration Camp, where he witnessed gas chambers for the first time. He worked in the ammunition factory before being crammed into a cattle car for Auschwitz. Chaim noticed a small window in the hot cattle car and had an idea. As darkness fell upon them, the Jews in the cattle car helped heave Chaim to the window where he managed to escape, jumping into a pit on the side of the train tracks.

Chaim was hungry, wounded and used his urine to clean his wounds. He waited until the train was out of sight before running into the woods, where he wandered for days on end. He obtained food by searching barns and knocking on farmers’ doors. He lived this way for two months until coming across Russian partisans. At first, the Russians believed he was a spy and would not let him join their ranks. After Chaim managed to convince them, he was Jewish and a former Polish soldier, they allowed him to join.

One rainy night, the Germans discovered the partisans, which resulted in a shootout. Chaim aimed his rifle and shot, hitting a high-ranking German. This earned Chaim a promotion to the group leader. He fought with the partisans for two months as they demolished trains and German communications. In 1944, the war ended in the east, and Chaim went to Lublin, where he again served in the Polish Army. It was during his time in Lublin that Chaim discovered what happened to his family. They had been rounded up and murdered, shot into a mass grave.

After four months in the army, Chaim met Rochel (Rose) Berman Ostashinski, born on March 15th, 1918, in Novogrudok, Poland. Rachel had been a partisan with the Bielski Brigade, and her first husband was killed in battle on the day of the Russians’ liberation in July 1944. Chaim and Rachel were married on January 17, 1946, in a Salzburg DP camp in Austria. Two of Chaim’s siblings had immigrated to Canada before the war, along with an aunt and uncle. Chaim and Rose decided to join them and arrived in Halifax, Nova Scotia, on February 13, 1948.

Chaim and Rochel worked hard to rebuild their lives together in Toronto. There, Chaim adopted the English name Harry, which he used when doing business. They had two sons, Martin and Ralph, five grandchildren, and ten great-grandchildren. Chaim held various jobs and owned several businesses to support his family: working as a painter, and then with the hard work, long hours, and support of his wife, running a men’s clothing store. Later, Chaim owned and operated various hotel bars in the area.

Later in his life, Chaim began to share his wartime experiences because he wanted to educate the next generation on the lessons of the Holocaust. Chaim passed away on September 28, 2005. 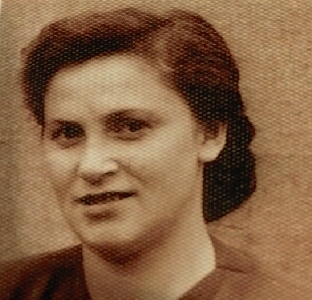 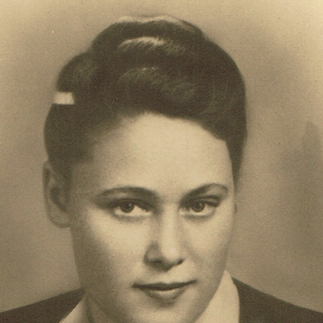 Julia Grossberg was born in the small Polish town of Milatycze, and lived there with her sister Rose and her parents Moshe Leib and Bena (Berta). Her father ran...

Robert Lesser was born Erachmil (Rachmil) Lazovski (Lazowski) on May 13, 1933, in Bielica, Poland (pronounced Belitza), what is now Belarus. Bielica was an agricultural and fishing community, and...

City of Residency at Outbreak of War: Ravniki, Poland