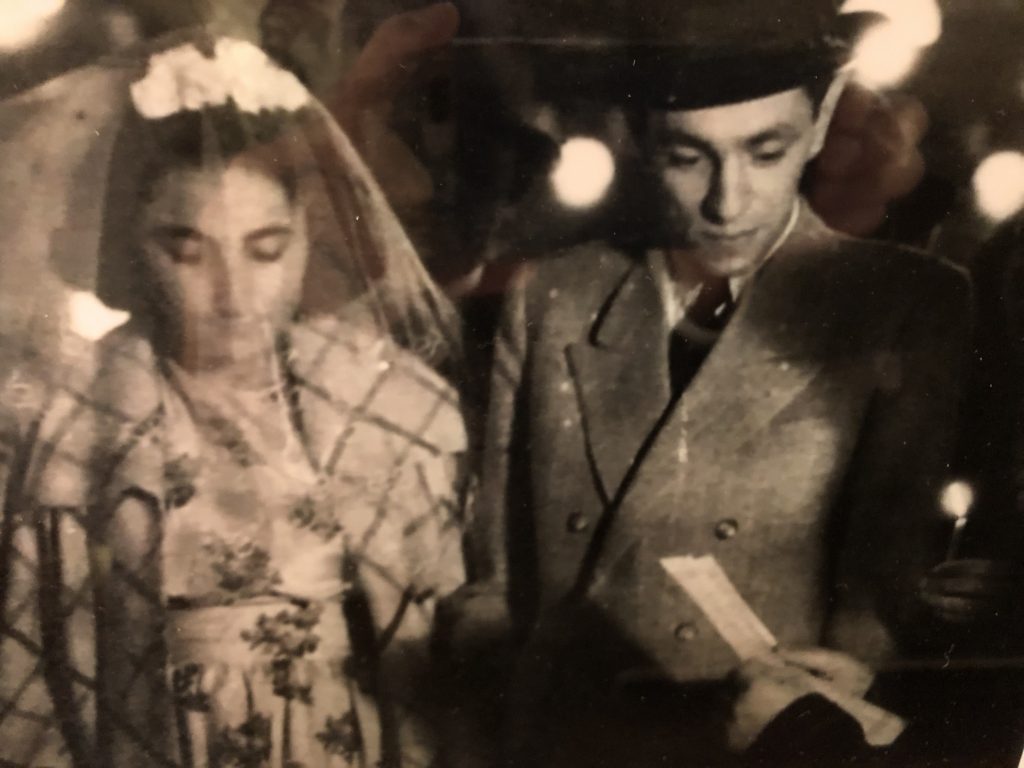 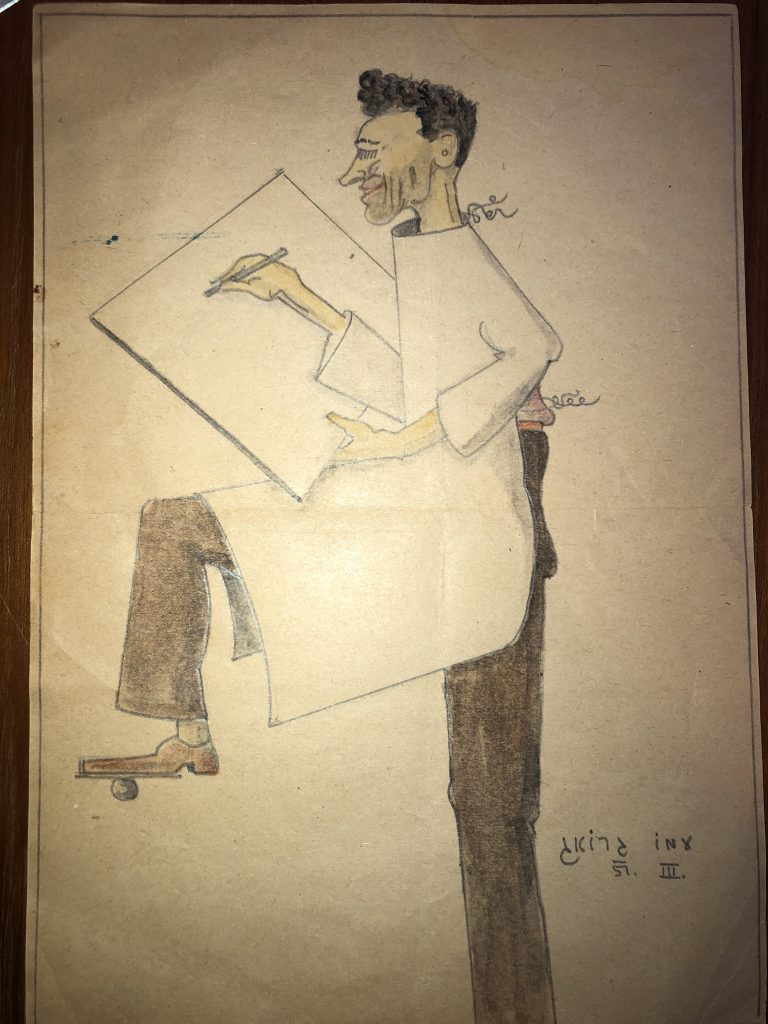 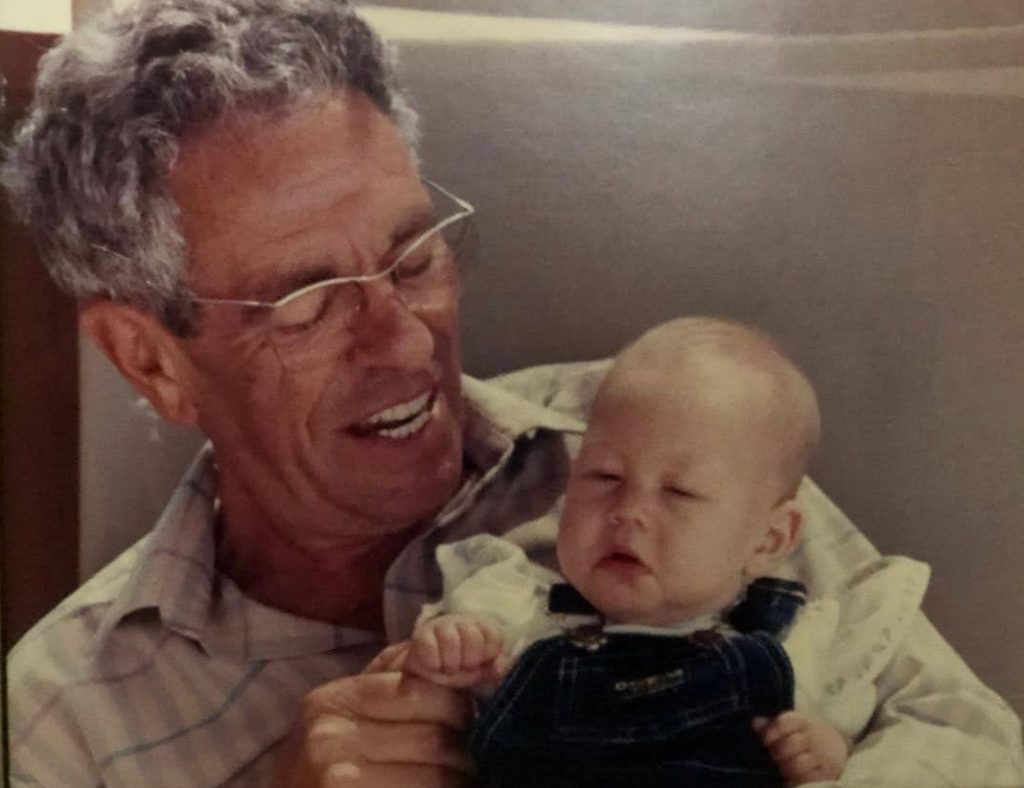 Alexander Salomon was born on June 22nd, 1919, in Zvollen, Slovakia, and grew up in an isolated, ultra-orthodox community in Dej, Transylvania, then part of Romania. His parents, Morris and Charlotte, were peddlers who traveled throughout the region, selling sundries from their wooden cart.

In 1940, while Alex was studying medicine in Cluj, Romania was forced to cede northern Transylvania to Hungary. Now a Jewish-Hungarian subject, Alex was conscripted from Dej, Transylvania, Hungary into the Hungarian Labor Service.

From October 1943 until October 1944, Alex was in a Hungarian labor camp for Jewish subjects—Camp #13—headquartered in Berek, Transylvania. The labor unit was transferred to various locations in Transylvania, Poland, and Ukraine. In November 1944, while being transported in cattle cars to Germany, Alex escaped the train transport while his unit was encamped at a train yard in Zvollen.

As a physician, Alex provided medical care to the camp guards and the other labor servicemen. Therefore, he was allowed to go unaccompanied into the city to buy medical supplies. A Catholic pharmacist recruited Alex to join the partisans. A young female partisan took his photograph, created false (gentile) identity papers, and hid the identity documents at the train yard along with a bundle of civilian clothes. After killing a sentry, Alex threw open the other train car doors, retrieved the bundle, and ran off in a hail of bullets.

Alex was directed to make contact with a nun in another city. As he hopped on a train to get there, he was discovered by German soldiers. However, they thought he was a deserter from the Hungarian Army and treated him kindly. When he made contact with the nun, Alex was extremely ill with Typhus fever and vitamin deficiency. She allowed him to stay in the church’s basement for a few weeks and nursed him back to health.

From November 1944 until March 1945, Alex fought with the Jewish partisans in southern Slovakia. He often fought in a three-person team with a young woman and a large man. They would ambush German soldiers by infiltrating their camps and stabbing them to death. They also used grenades and machine guns to attack small convoys of German trucks in retreat from the advancing Red Army. They always took the dog tags from soldiers they killed since German Hudermarken were redeemable for extra rations.

On March 14, 1945, Alex was captured by the Russians and became a prisoner of war for being an illegal alien. He was charged and convicted of being an “Enemy of the State.” He was taken to Camp #159/9, a POW camp in Odessa, Ukraine, where he was active as a physician. He was in the Soviet prison camp for nearly two years.

Alex assumed that his whole family had died during the war but, during his time in the Soviet camp, he received a letter through the Red Cross from his father. His father informed Alex that he had survived internment at Auschwitz but that Alex’s mother had been executed the day they arrived. Alex’s younger sister, Rene, had been sent to a slave factory where she died of illness.

Finally, in November 1947, Alex was liberated in Hungary. On the night he was reunited with his father, they fled to the American sector of Austria. They lived in a Displaced Persons camp in Linz, Austria, where Alex met and married Kaete Strauss, an Israeli nurse working for the US Army, on June 26, 1948.

When the Arab-Israeli War of 1948 broke out, Kaete returned to Israel to help the war effort. She gave Alex an ultimatum; if he wanted to stay married, he had to go to Israel and fight. Via a Zionist “underground railroad,” he was smuggled from Austria to Nice, France by train, then by boat to Israel.

Initially, Alex fought with a mechanized cavalry unit made up of Russian Jews. Later, he joined the nascent Israeli Air Force as a flight surgeon under Ezer Weizmann’s command.

Alex and Kaete immigrated to the United States in 1951 under a special visa program for physicians. However, without a US medical license, Alex was only allowed to work in TB sanitariums. When he arrived in the US, Alex spoke six languages but hardly a word of English. He had to complete a year of internship during which he lived at the hospital with no pay but was given free meals. He was required to pass many exams, which made it especially difficult because he had no experience with multiple choice concepts. Alex eventually received his Illinois medical license, became a Fellow of the American College of Allergy and Chest Diseases, and built a large and highly successful medical practice in a western suburb of Chicago.

Retiring at sixty, Alex and Kaete moved to a house on the sea coast in Carmel, California. Alex died in 1989, just before the fall of the Berlin Wall and the break-up of the Soviet Bloc. Kaete Salomon lived in Carmel, California, until her death in January 2020. Alex and Kaete had three children (Daniel, Michael, and Charlotte), eight grandchildren, and several great-grandchildren. 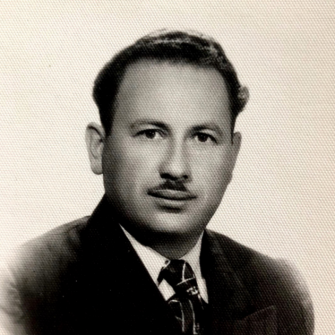 Oscar, aged 12, escaped the ghetto twice and fled into the forests when his native shtetl Novogrudok in Belarus, was...

City of Residency at Outbreak of War: Dej, Transylvania